While Google Glass might be the better known face of wearable augmented reality devices, Vuzix was on the show floor at CES 2014 showing off the first smart glasses available to the general public.

Called the Vuzix M100 is an Android-based wearable computer first made its appearance at CES 2013 as a product demo. Now with the M100 being slightly closer to its final build and shipping to customers, we got a chance to go eyes-on with the heads-up display.

The Vuzix M100 Smart Glasses is an Android-based wearable computer, enhanced with a wearable monocular display and computer, recording features and wireless connectivity capabilities designed for commercial, professional, and prosumer users. Its pre-installed apps can be used to record and playback still pictures and video, track timed events, manage your calendar, link to your phone and more. The M100 is compatible with thousands of existing Android apps and easy access to developer resources enables the creation of custom apps to suit virtually any need.

Vuzix M100 provides the features and capabilities of a modern smartphone, without a cellular radio, in a hands-free wearable device. It incudes a HD camera for still picture and video capture and enables the user to store their content in expandable onboard memory or stream it live. Bluetooth 4.0 connectivity makes it easy to pair with another Android device or connect wirelessly with Wi-Fi to the Internet. An integrated head tracking and GPS system can not only provide apps with your location but even the direction and angle of your current view for unprecedented situational awareness.

Hands free access to data, direct and remote video capabilities, direct onboard processing of video capture for lag-free Augmented Reality (AR) and more. The era of Smart Glasses is here, ushered in by the Vuzix M100.

Vuzix smart glasses, M100 were the recipient of the CES (Consumer Electronics Show) Innovations 2013 Design and Engineering Award BEST OF INNOVATIONS, and selected as Best Technology in the Wireless Handset Accessory category.

The screen stays on and in view at all times, but we had to glance over occasionally to focus in on any text that was on the display. It also takes a bit of setup time to extend the flexible arm the screen comes attached to and bend it into view. Completely unlike Glass, which we can just throw on and use.

Visual aesthetics aside, the Vuzix built up the M100 to be a standalone Android device complete with a 1GHz OMAP4430 processor with 1GB of RAM and 4GB of storage.

Like the Google Glass, the Vuzix M100 presents users with a heads up display just a few inches away from their eyeball. The key difference here being instead of projecting information onto a clear eyepiece, Vuzix uses a miniature 428 x 240 color-LCD.

On paper, looking at the M100's miniature screen is aking to looking at a 4-inch mobile device from 14-inches away. In actual practice, the screen pops into the corner of our eye wrapped in a thin black frame that still lets us see plenty of our peripheral vision.

The M100 might be new to a lot of you, and you might not know where to start, so here is all the information you need to know about the device, and where need to go to get started developing for it.

You might be wondering how this pair of smart glasses is controlled. Well, it has voice navigation with custom libraries, some manual control buttons, and some 3D gesture control – so it operates kind of like Google Glass (I honestly hate comparing the two, but they are very similar).

Now that we have covered the specs a little, let’s move on to how you can get started with developing for the device.

If you do decide to start developing for this device, then you are required to submit a developer registration form before you can even buy the device. The registration process is pretty much like signing up for any normal site. You have to submit your email, address, name, birth date, phone, and company information (if that applies). It seems like a pretty normal registration process, and really it is probably mostly for shipping and support reasons.

Now that you know about that, I can tell you a little bit about the SDK package.

If you’ve been developing for Android for a while now, then you have a good head start considering the device runs on Android. If you haven’t ever coded for Android before, then you should consider taking a look at the Android development guide because you are going to need some knowledge of Android development if you want to create applications for the M100. Anyway, here is what you need to know about the M100 SDK (Silver Edition).

Like many other smart glasses, the M100 has an SDK package for developers. The SDK package for the M100 includes a M100 Smart Glasses hardware unit (M100 SDK Hardware.), SDK documentation, an add-on and a virtual device for the Android SDK development environment. The virtual device replicates the device’s screen, and display buttons so you can simulate user interactions. Basically, you can develop apps without really touching the device.

To develop apps using the SDK you need to have several things on your computer. You need to have the java development kit and the Android SDK installed. Not only that, but it is highly recommended to have Eclipse installed as well. That’s about all you need to get started with developing after receiving your SDK package.

With that said, there are few more things that you should know about the SDK:

That’s all you really need to know when it comes to getting started developing for the M100. You will definitely need some Android knowledge to get started, and you will also need to take some time to study the M100 SDK if you do decide to buy it, and develop for it, but besides that coding for it is just a learning process. Anyway, I hope this little summary of information on how to get started developing for the M100 helped you a little bit.

The glasses have four control buttons and can be controlled with a smartphone interface. The camera in the glasses is a 5MP unit and it has the ability to record full HD resolution video. The glasses are available for $999.99. 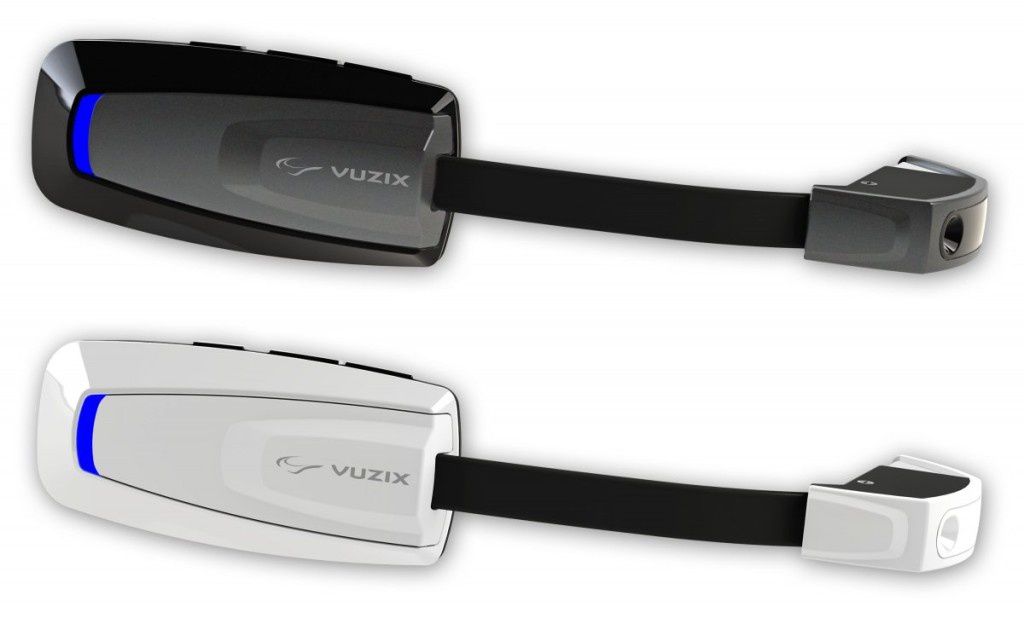 The M100 looks a lot different from other smart glasses, but it’s not. Just like most of the other smart glasses the operating system is based on Android. The M100 includes everything that you would expect it a top-of-the-line pair of smart glasses. The device’s specs include: Dual microphones with noise cancellation. OMAP Processor running Android 4.0 Full Color 16:9 WQVGA display HD camera with a recording indicator. 5GB Internal Memory (Upgradable to 32GB) External Battery Pak Bluetooth 4.0 & Wi-fi