Dare to be Digital 2014 Team Blogs

Coming from China, England, India, Scotland, Wales, Malta and USA, our talented Dare teams will keep the public up to date with their progress through the team blogs on this site. You can visit each team's blog by clicking on their team name.

At the end of development the 15 teams will move on to display their game prototypes at Dare ProtoPlay on 7 - 10 August (Thu-Sun) in Dundee at the Caird Hall.

Dare to be Digital is a video games development competition for extremely talented students at Universities and Colleges of Art. Teams of 5 students, usually a mix of artists, programmers and audio, assemble at Abertay University for 9 weeks during June to August to develop a prototype video game, receiving mentoring from industry. The students also receive a weekly stipend of £75 per student, free accommodation at the University's halls of residence and a team budget of £200.

At the end of the competition, the prototypes are displayed at talent showcasing event Dare ProtoPlay. The general public and industry experts get to play and vote for the games. At the Dare awards ceremony, three prizes of £2500 will be awarded to the three highest scoring teams based on the criteria of innovation and creativity, market potential and use of technology (none of the three will be specifically attributed to any particular criterion). Seven months later the winning teams attend the BAFTA Video Games Awards to compete for the coveted "Ones to Watch Award".

We're looking for a diverse range of original, innovative, ground breaking games for all platforms. To read the rules & terms, frequently asked questions, and for information on how to apply, please read the pages in the applysection. These pages also provide information on how you can apply to be a scottish student ambassador within one of the International teams.

Each of the 15 teams will be immersing themselves in 8 weeks of game development, pushing their game dev knowledge and team working skills to to new levels. All of the final Dare 2014 games can be played by the public at the Dare ProtoPlay computer games festival, open from Thursday August 7 to Sunday August 10 in Dundee’s Caird Hall and City Square. At the end of ProtoPlay three of the Dare teams will be nominated for the BAFTA Ones to Watch Award, announced later in the year.

Students are developing on a large range of platforms including Android tablets, iPad, iPhone, PS Vita, PC and Oculus Rift, we are in for an exciting ProtoPlay, see you there!

Dare to be Digital 2013: Documentary 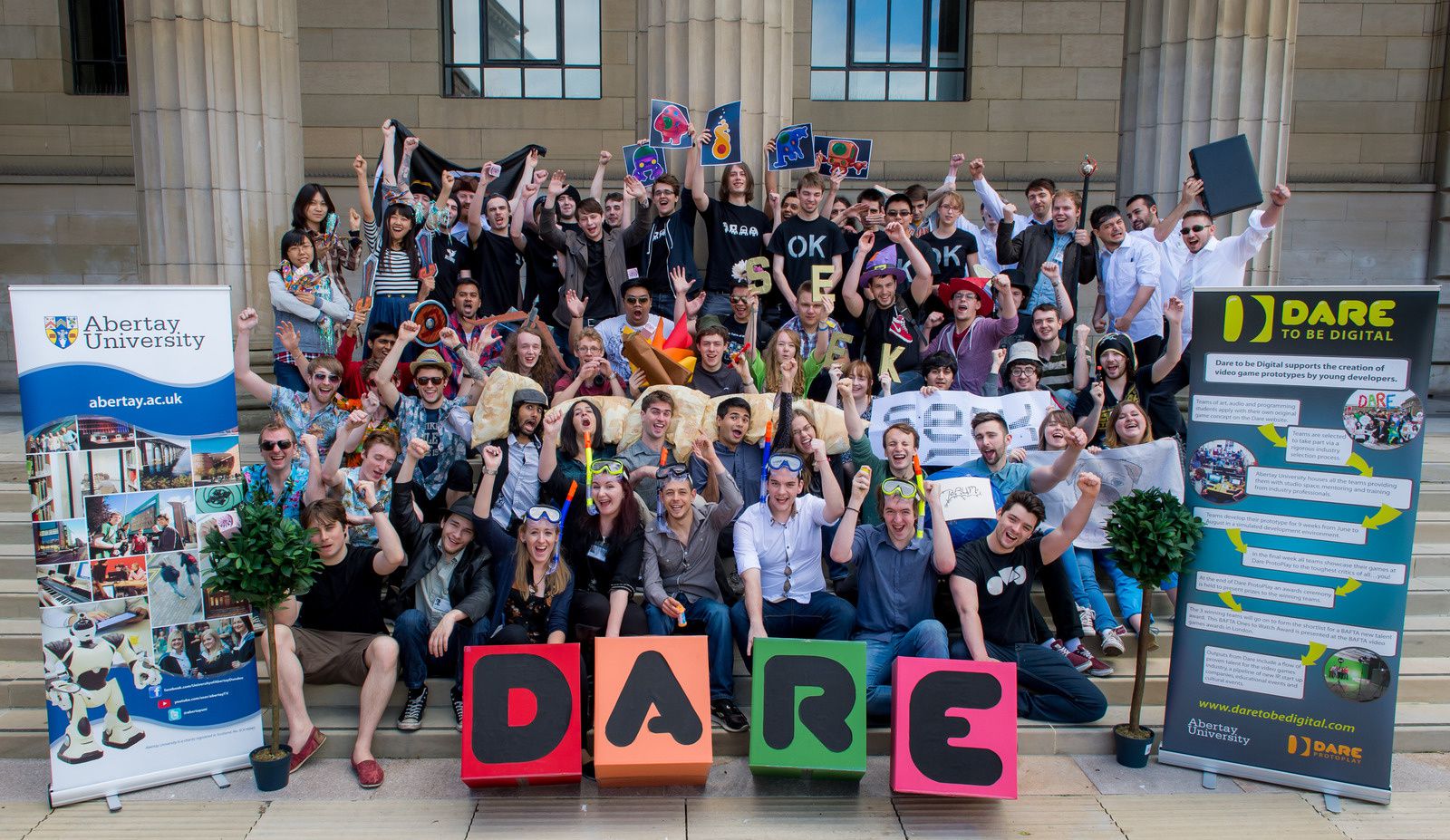