It would have cost you more than $500 for a front-row seat at Paul McCartney’s farewell to Candlestick Park Concert in San Francisco last August — and you wouldn't have been able to see much.

But as of Thursday, a seat beside McCartney's piano at that same concert could cost you as little as $10 –- so long you don’t mind that you can only virtually experience one song.

SEE ALSO: The Virtual Reality Renaissance Is Here, But Are We Ready?

On Thursday, Jaunt VR introduced its first Google Cardboard app called simply Paul McCartney. The app itself is free, and it's a 360-degree, fully immersive playback of the former Beatles' performance of Live and Let Die at the iconic concert.

Cardboard is Google’s $9.99 cardboard 3D headset that you can buy online or, if you have the right cardboard, lenses, magnet and a washer, you can make at home. It works with most 4.7-inch Android Phones (they have to fit in the holder) and even the iPhone 6 (with the right apps).

Google unveiled the VR headset earlier this year. At the time, to be honest, I didn’t get it. Oculus VR’s Rift headset (now owned by Facebook) is state of the art virtual reality. Why would anyone want a cardboard knockoff?

Thanks to Jaunt VR and Paul McCartney, I now have my answer.

Instead of waiting to collect enough scratch to afford a $350 headset, I can use my existing smartphone, pay $10, and have a pretty incredible experience.

Jaunt VR is not actually in the consumer virtual reality business. It sells hardware and software to create immersive virtually reality experiences for commercial clients. Of course, what better way to sell your wares than to get consumers excited about virtually meeting a Beatle — and clamoring for more 360-degree VR content?

The hardest part of using Jaunt VR’s Paul McCartney app is putting together the Google Cardboard headset, which is actually pretty easy (see GIF below).

For my experience, I used the Motorola Moto X phone. Cardboard has Velcro fasteners so you can easily secure the phone inside.

Jaunt VR’s app, like all other Cardboard apps, automatically offers a stereoscopic view; so you have a slightly different image for each eye. The app recommended that I plug in my headphones and then the streaming video started to play. Cardboard is controlled by looking at what you want to select and then using your finger to pull down the washer (yes, washer), which is held in place by a magnet. To pause the video, I simply pulled down on the washer and pulled it again to continue playing.

Cardboard being a $10 headset, there’s no image correction adjustment, so I had to remove my glasses. Fortunately, my very-near vision is pretty good, so it didn’t drastically impact my VR experience.

Google Cardboard also lacks any kind of head straps, though I guess you could jury-rig some. Without them, you have to hold Google Cardboard up to your face for the duration of the song.

Jaunt VR isn’t kidding when it called this a 360-degree experience. The video opened and I found myself standing right next to McCartney’s piano where he was belting out Live and let Die. Wherever I turned my head, I saw more of the stage: every band member and all of the audience, which was at my feet. I could look up and see the stage lights, stage left where the keyboardist was playing or stage right where roadies were frantically moving a piano.

The theatrical smoke and fog surrounded me, and I could swear a spotlight shone on my head. Then again, I think I was getting a little swept away by the experience.

The only area not covered by Jaunt VR's 360 camera system was right under my virtual feet, where I saw a Jaunt VR logo. That spot is actually where the company placed the stand for Jaunt VR's impressive imaging rig.

I couldn’t move about the stage, but I definitely felt like I was at the center of the action -– not an audience member, but a participant.

Jaunt VR also used 3D sound-field microphones to record the concert. As a result, if I turned away from Sir Paul, his audio got a bit lower. In other words, everything sounded like it was positioned in space around me.

The music sounded great, but I did notice that the video was not as sharp as I expected. There were also no visible controls to fast forward through the song and video.

But these are minor quibbles. If you ever wanted to know what it feels like to not only attend a Paul McCartney concert but to stand on stage with the master himself, you have to try this app. All you need is a phone that will fit Google Cardboard, and the Cardboard device itself, which you can order online. 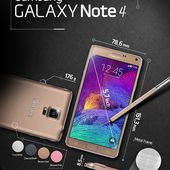 Are YOU getting much older now you discover 'Travel Through Time With Google Street View' ? - OOKAWA Corp.

There's a whole lot more in Google Maps than just Street View these days Google's new time slider lets users roll Street View images as far back as 2007. Here are a few sites we found. How has your

Are YOU getting much older now you discover 'Travel Through Time With Google Street View' ? - OOKAWA Corp.