MegaChat, which promises to keep video chats secure and private, has been developed by the Mega “Conspiracy Team” and is being described as a “Skype killer” by Dotcom.

MegaChat does not require software beyond a web browser to operate, unlike many other similar services, although plugins for Google’s Chrome and Firefox are available for “faster loading and added resilience against attacks”.

‘No US-based online service provider can be trusted’

The system allows users to share encrypted files having previously shared a personal decryption key with them.

Dotcom claimed that “no US-based online service provider can be trusted with your data” and that “Skype has no choice. They must provide the US Government with backdoors”.

Revelations from the Snowden leaks showed that Microsoft handed the US National Security Agency access to encrypted messages.

MegaChat is being positioned as a secure alternative to Skype that cannot be snooped on by security services using end-to-end encryption to maintain privacy. The service is based in New Zealand.

Mega’s security credentials have been questioned in the past. Passwords were stolen from the service shortly after its launch in 2013, leading security researchers to question whether Mega could live up to its security promises.

To quell those fears, Dotcom launched a bounty for security flaws, offering to reward bug spotters.

Skype has no choice. They must provide the US Government with backdoors 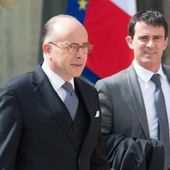 People need to understand that what they think is private may not be - OOKAWA Corp.

People need to understand that what they think is private may not be - OOKAWA Corp.