As the top three optical fiber preform producers and demanders in the world, China, Japan and the United States combined for 84.1% and 83.3% of the global production and demand, of which, China topped the list, boasting separate proportions of 32.9% and 59.8%.

The United States and Japan are major importers of Chinese optical fiber preform, altogether taking 91.3% of China's total imports in 2013. To avoid import price dumping and improve profit margins of domestic products, the Ministry of Commerce of the People's Republic of China has conducted an anti-dumping investigation on imported optical fiber preform native to Japan and the United States since March 2014.

Moreover, China's growing market demand for optical fiber preform has also attracted a large number of domestic and foreign enterprises. So far, foreign companies e.g. Shin-Etsu Chemical, Sumitomo Electric Industries and Fujikura have entered the Chinese optical fiber preform market; on the other hand, domestic counterparts such as Hengtong Optic-electric Co., Ltd. and Jiangsu Zhongtian Technology Co., Ltd. are also increasing their capacity of optical fiber preform via upgrading and reconstruction or new projects, for the purpose of sharpening the competitive edge.

Jiangsu Zhongtian Technology Co., Ltd is one of the domestic manufacturers that have a complete industrial chain e.g. optical wand – optical fiber – optical cable. In recent years, it has continuously extended the capacity of optical fiber preform, with 400 tons/a formed upon the completion of the Optical Fiber Preform Project Phase I, II and III in 2011-2013. In 2014, the company initiated the Optical Fiber Preform Technology Upgrade Project, and will see total capacity up to 600 tons/a upon the year-end commissioning.

In addition, Jiangsu Tongding Optic-Electronic Stock Co., Ltd, Zhongli Sci-Tech Group Co.,Ltd, Tianjin Xinmao Science&Technology Co.,Ltd and other mainstream optical fiber manufacturers have also successively marched the optical fiber preform industry. Among them, the first two companies will put their optical fiber preform projects into production by the end of 2014; the 300 tons/a Single-mode Preform Project planned by Tianjin Xinmao Science&Technology has been approved by the EIA General Counsel and is now being built. 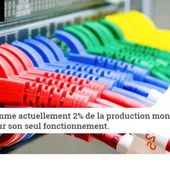