In April 2009, Australia’s then prime minister, Kevin Rudd, dropped a bombshell on the press and the global technology community: His social democrat Labor administration was going to deliver broadband Internet to every single resident of Australia. It was an audacious goal, not least of all because Australia is one of the most sparsely populated countries on Earth.

The National Broadband Network(NBN), as the project is known, would extend high-speed optical fiber directly into the homes, schools, and workplaces of 93 percent of Australians. The remaining 7 percent, living out of fiber’s reach in rural areas and remote pockets of the vast outback in the middle of the continent, would be linked to the Internet via state-of-the-art wireless and satellite technology.

Governments and telecom carriers in other countries, such as Japan, New Zealand, Singapore, and South Korea, have similarly embarked on endeavors to deploy widespread fiber-to-the-premises (FTTP) networks. But those countries are much smaller and more densely populated than Australia. The country has roughly the landmass of the contiguous United States but only 7 percent as many people—fewer, in fact, than the state of Texas. To lay a nationwide fiber footprint, the government would need armies of workers and unprecedented access to rights-of-way, utility poles, and underground ducts.

And indeed, the NBN’s estimated cost was high: The latest figure was AU $45.6 billion (US $44.1 billion). It would be one of the largest, most pervasive FTTP rollouts any government has ever attempted. But although the price would be great, so would the impact: The network would bring broadband access to underserved areas, but it would also raise standards of living everywhere by driving innovations in telemedicine, remote education, e-commerce, and e-governance. A government-funded report released this year by Deloitte Access Economics concluded that the NBN would provide job opportunities, time savings, and other benefits worth, on average, AU $3800 (US $3600) per household per year by 2020, when construction would be nearly complete. In addition, fiber’s enormous bandwidth capacity means that transmitting and receiving equipment could be upgraded indefinitely at low cost, allowing the NBN to keep pace for decades with the incessant demand for higher data rates.

Yet despite these benefits, some conservative politicians and media outlets vehemently opposed the plan. In the campaign leading up to a national election this September, the fate of the NBN was vigorously debated. Although polls showed that the majority of voters supported the project, they nevertheless rejected the Labor Party and ushered into power an alliance of moderate conservative parties known as the Coalition, whose leader and now prime minister, Tony Abbott, promised to drastically scale back the national network.

So now, after three years of planning and construction, during which workers connected some 210 000 premises (out of an anticipated 13.2 million), Australia’s visionary and trailblazing initiative is at a crossroads. The new government plans to deploy fiber only to the premises of new housing developments. For the remaining homes and businesses—about 71 percent—it will bring fiber only as far as curbside cabinets, called nodes. Existing copper-wire pairs will cover the so-called last mile to individual buildings.

Such issues are not unique to Australia. Enthusiasm for near-universal broadband was once widespread, and it is still being pursued in the countries mentioned above, among others. But the ardor has cooled in recent years as legislators in many parts of the world move to cut government spending. Unfortunately, as is so often the case with technology, the public debate is beset by misunderstanding, misinformation, and a general lack of technical knowledge. A rare opportunity for growth and development is about to be lost, and disappointingly few people fully grasp the implications of that loss.

For example, in Australia, the Coalition is pursuing a fiber-to-the-node (FTTN) strategy because it would be much cheaper in the short term—about two-thirds the price of the original NBN. But that calculus overlooks the longer-term realities. Copper links simply lack the capacity to support the massive growth in data consumption that analysts predict. Eventually, Australians will have no choice but to replace those links with fiber, probably before the end of this decade. At that point, upgrading to an FTTP network will add to the cost of the FTTN rollout, increasing the total investment beyond the price of installing that fiber today.

And in delaying the deployment, Australians will have passed up a unique chance to become leaders in the global digital economy—an opportunity they may not get again.

Today in Australia, as in much of Asia, Europe, and North America, commercial carriers own and operate competing landline networks. Such an arrangement normally encourages carriers to stay at the forefront of technology. However, it can have disadvantages as well: In a thinly populated country such as Australia, carriers may cherry-pick customers in the few dense urban centers where they know they can make the most profit. Consequently, progress is slow to reach the vast majority of people living in rural and suburban areas.

It’s not surprising, then, that among developed countries, Australia is notable for its paucity of fiber-optic links. The highest rates are in Japan and South Korea, densely populated countries with small landmasses, where fiber accounts for more than 60 percent of broadband lines. In larger, more sparsely populated countries, such as the United States and Canada, rates are much more modest. In Australia, the rate is less than 2 percent.

Today, more than two in three Australian households have fixed broadband subscriptions. Most of those connections still use digital subscriber line (DSL) technology, which transmits data packets at higher frequencies than do analog voice signals, enabling Internet traffic to travel over telephone lines at relatively high bit rates. In a DSL system, twisted copper pairs, also known as loops, connect each customer to a central switching office. There, a rack of modems known as DSL access multiplexers, or DSLAMs, link the local loop to the backbone networks of various Internet service providers.

The problem with relying on DSL for broadband service is that many modern applications, including ultrahigh-definition videoconferencing and 3-D television, already require faster transmission speeds than these lines can provide. The biggest bottleneck is the copper itself. Due to the electrical properties of the metal, signals distort and weaken considerably with distance and can interfere with signals traveling through neighboring wires. This severely limits the bit rate of connections, particularly long ones. While customers close to a central office can receive rates as high as 24 megabits per second (using a common standard known as ADSL 2+), more distant customers experience much slower speeds. In Australia, where loops can be quite long and where some users opt for low-speed plans, the average Internet connection is just 4.8 Mb/s. And because the upload rate for DSL rarely exceeds more than one-fourth the download rate, the service doesn’t work well for high-bandwidth two-way applications such as videoconferencing.

The leaders of the Labor Party weren’t the first Australians to recognize the need for a faster, more inclusive network. Telecom carriers and federal advisory groups have been kicking around proposals for a national broadband network since about 2003. But it wasn’t until December 2007, after the Labor Party won majority power, that the government committed to the venture.

At first, Labor representatives thought the new network should use an FTTN architecture, which would require removing DSLAMs from central offices, located kilometers from customers, and installing new ones in nodes as close as a couple of hundred meters. The nodes would connect to the central offices via fiber and relay data to and from each customer’s premises using very-high-bit-rate DSL, or VDSL, the highest-speed DSL standard available at the time. These shorter copper loops would boost average speeds considerably—to as high as 50 Mb/s, depending on the distance between the node and the premises. The resulting FTTN network wouldn’t be nearly as fast as a full-blown FTTP grid, but the anticipated cost seemed more reasonable.

The government also assumed that the best way to build the network was to award the job to a commercial carrier through a bidding process. It would grant the winner a monopoly license and pitch in AU $4.7 billion to subsidize the cost of construction. Six carriers, including the market leader Telstra, submitted proposals by November 2008. To evaluate them, the government appointed an expert panel; I was among its seven members.

After studying the proposals, we agreed on two key points. First, we found that the global economic recession, sparked by the bursting of the U.S. housing bubble in 2006, was preventing Australia’s carriers from raising enough capital to fully fund the construction of a national network. In fact, none of the bidders came up with a viable business model. It was clear that unless the government bankrolled the majority of the cost, a commercial network would not likely succeed.

Our second observation was that an FTTN layout would be a bad idea. Using VDSL, a home connection could theoretically deliver 50 Mb/s, but only if the node sat very close to the house—a mere 100 meters or so away. Since the panel disbanded, a newer standard, VDSL2, has emerged. When combined with a novel interference-reduction technique called vectoring, it can provide download speeds up to about 100 Mb/s over short distances. And now aneven faster standard known as G.fast is in the works, which promises download rates up to 1 Gb/s, but again, only for very short connections. For customers on longer loops, telecoms would be able to guarantee only about 50 Mb/s.

Market analysts project that data usage from a single family or small business could easily surpass that rate by 2020, and to meet this demand, Australia would need an FTTP network. Laying a cheaper FTTN footprint first would make little sense because it’s not a necessary step toward realizing an all-fiber system. In fact, an FTTN network requires special equipment and infrastructure, including nodes, that would have to be removed and discarded during an FTTP upgrade. An interim FTTN rollout would consequently end up costing Australians more in the long term than simply investing in FTTP technology today.

For these and other reasons, we recommended that the government itself create a national FTTP network. Incredibly, it accepted our advice. 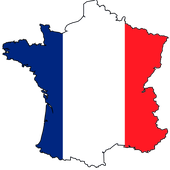