Uber will soon start operating in Ukraine, Infrastructure Minstry said on Friday after meeting representatives of the US company, reports The Kyiv Post.

The penetration of Uber’s services will eliminate possible corruption in taxi business, he believes.

Meanwhile, Ukraine’s Minister of Economy and Trade Aivaras Abromavicius already said that the country needs to have such brands on its market. “We’re looking forward to Uber in Ukraine,” Abromavicius wrote on his Twitter.

According to Ukrainian online tech journal AIN.UA, Uber is now arranging meetings with partners, sponsors and seeking for acquiring bank, which will be managing payments.

The press service of Uber for Russia and CIS countries would not comment on specific date of launching the service in Kyiv. Arkadiy Vershebenyuk, recently appointed head of Uber Ukraine, likewise declined to answer the Kyiv Post’s inquiries.

The Uber service is now available in 58 countries and 300 cities worldwide.

However, the US firms is not the first mover on the Ukrainian market. Launched this past spring, a local copycat named WinTaxi received support from Ukrainian investors. Google is developping its own UBER competitor - OOKAWA Corp.

Google is developping its own UBER competitor - OOKAWA Corp. 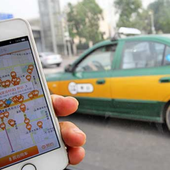 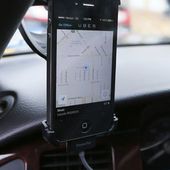 Uberpop allows car owners to offer their services as taxi drivers without a licence - has been banned in the Dutch courts - OOKAWA Corp.

It is completely unbelievable that Uber drivers, who already risk a criminal record, are now being pushed by a rich American company to work for far below the legal minimum wage I expect drivers to

Uberpop allows car owners to offer their services as taxi drivers without a licence - has been banned in the Dutch courts - OOKAWA Corp. http://ooka