Tony Bates, is leaving the company.

GoPro to Cut 15% of Jobs Amid Restructuring GoPro Inc. is cutting 15% of its workforce after attempts to branch out beyond its core business of action cameras failed to gain traction.

The company Wednesday announced several moves to reach profitability, including eliminating 200 of its approximately 1,700 jobs, closing open positions and shuttering its entertainment division.

GoPro said its president, Tony Bates, is leaving the company.

The reboot will slash 2017 adjusted operating expenses to about $650 million, GoPro said. Through the first three quarters of 2016, the company logged $596 million in adjusted operating expenses. GoPro expects about $24 million to $33 million in fourth-quarter restructuring charges stemming from the cost cuts. The company is expected to report results in early February.

Analysts believe GoPro could build a profitable company if it focused on its core camera business. In a news release, Chief Executive Nick Woodman said demand for GoPro products is solid and the company is narrowing its focus to concentrate on its core business.

Mr. Woodman had said on GoPro’s earnings call in November that the company would aim to cut $130 million in expenses in 2017.

The moves announced Wednesday reveal the challenge GoPro has faced in branching out beyond its base of adventure-seeking customers—particularly as do-it-all smartphones from Apple Inc. and Samsung Electronics Co. dampen demand for standalone cameras.

Over the past year, GoPro expanded its efforts to build a media business. It added Lauren Zalaznick, former president of the Bravo network at Comcast Corp.’s NBCUniversal, to its board. In May, GoPro struck a deal with Red Bull GmbH to be the sole provider of “point-of-view” images from its extreme-sports events.

As GoPro spent on these efforts, it strayed further from profitability, reporting losses in its past four quarters. Earlier in November, GoPro said third-quarter revenue tumbled 40% from a year ago and that it expected to remain in the red in 2017.

Mr. Bates, who had led Skype before its sale to Microsoft Corp. in 2011, is departing at the end of the year after a little more than two years at the company. When GoPro brought on Mr. Bates, the company said his mandate would be expanding GoPro’s media operations.

In a bid to revive sales, Mr. Woodman had bet on two new GoPro cameras and its first drone. But the launches got off to a rocky start. GoPro recalled them this month after several units lost power during flight. The company didn’t provide an update to the drone program Wednesday.

GoPro ended up lowering its 2016 sales target when it reported third-quarter results in November, blaming production issues. It projected a weak holiday season—the period when GoPro typically logs nearly half of its revenue for the year.

On Wednesday, GoPro said it is seeing solid holiday demand, with Black Friday sales up more than 35% from a year ago. Still, analysts said this growth isn’t enough to meet GoPro’s already-lowered projections for the quarter. GoPro has raised the bar for action and adventure on Xbox One, launching an entertainment channel packed with thrilling content, from kung fu fighting to epic roof jump stunts. The GoPro Channel ... 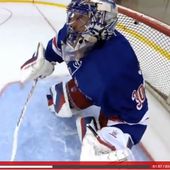