Elon Musk believes AI will be a catalyst for the next world war, and AI guru Andrew Ng compared AI to electricity’s transformative role in economic development

The artificial intelligence industry is expected to be worth $59.8 billion by 2025, and the term AI has become ubiquitous worldwide; the frenzy of many tech enthusiasts, or the topic of discussion at a dinner table. But the hype actually lives up to its name. AI startups are flush with VC cash and even key corporate leaders are actively utilizing the technology to add value and gain a competitive edge.

Feared and praised by the world — tech mogul Elon Musk believes AI will be a catalyst for the next world war, and AI guru Andrew Ng compared AI to electricity’s transformative role in economic development — it is expected to fuel a technology revolution. And Israel, not surprisingly, is well placed among the world leaders to be a driving engine.

In an effort to track the state of AI in Israel, I researched and analyzed Israeli startups that are employing artificial intelligence technology. The infographic below maps over 430 Israeli startups using AI technology as a core part of their offering, ranging from early to late-stages of funded companies. The startups are separated into eight categories:

In the following post, I’ll dive deeper into analytics on Israel’s AI startup ecosystem. For now, here’s a top 10 summary of my findings:

2. The number of startups using AI technology has nearly tripled in size since 2014, and based on a three year average growth rate, 95 new AI startups are founded each year in Israel. Almost 300 startups were founded between 2014 and today, representing over 60% of all Israeli AI startups.

3. Most of the new AI startups founded since 2014 are in the Marketing and Enterprise sectors. The Enterprise AI market is valued at $31 billion and growing by 64% annually. By 2020, more than 40% of new IT expenditures are expected to go toward AI solutions. Last year, a survey found that 38% of enterprises are already using AI, growing to 62% by 2018.

7. More than half of the active startups have raised $500 thousand or less in total funding, and the average age is 2.8 years since founding.

8. The Marketing, Enterprise, Healthcare and Fintech sectors have the largest concentration of growth/later stage startups. Fraud and Insurance focused startups dominate the Fintech sector, representing a combined 63% of the total. For growth stage startups, the Enterprise sector has received the majority of funding ($760 million), represented mostly by Cyber Security startups.

9. There has already been $1.0 billion in total exits, and the average exit deal size is $72 million. Based on the available data, Israeli AI startups are exiting at an average multiple of 8.2 times their total funding, ranging from a low of 2.0 to a high of 20.0 times. The time lag from founding to exit takes 5.4 years on average.

10. Half of the exits occurred in the last two years, and half of the exits were Marketing related startups. Corporate giants like Apple, Microsoft and Google are actively competing to gobble up AI startups and attract the best talent.

The AI space in Israel is certainly growing and even leading the way in some fields of learning technologies. Stay tuned for a deeper dive into each sector as well as profiles on notable startups in the following posts.

If you notice any missing companies, please email danielsinger27@gmail.com. Note: The process of categorization was based on opinion at times and may have errors. The list is not exhaustive. 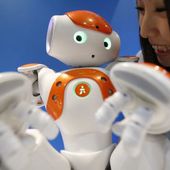