I’m Not Scared to Reenter Society. I’m Just Not Sure I Want To.
I have gotten acclimated to a different existence.

Tim Kreider. Tim Kreider is a writer and columnist. He is the author of the essay collection We Learn Nothing.

This post-pandemic summer is evidently expected to be one long orgiastic reunion, after which, once that’s out of our system, it’s back to work, back to school, to what we used to call “normal.”

And if the pandemic had ended, say, last June, after a couple months of lockdown, we probably would’ve returned to our lives with relief and jubilation. But after a year in isolation, I, at least, have gotten acclimated to a different existence—quieter, calmer, and almost entirely devoid of bullshit. If you’d told me in March 2020 that quarantine would last more than a year, I would have been appalled; I can’t imagine how I would’ve reacted if you’d told me, once it ended, I would miss it.

“For the last year,” a friend recently wrote to me, “a lot of us have been enjoying unaccustomed courtesy and understanding from the world.”

When people asked how you were doing, no one expected you to say “Fine.” Instead, they asked, “How are you holding up?” and you’d answer, “Well, you know.” (That “you know” encompassed a lot that was left unspoken: deteriorating mental health, physical atrophy, creeping alcoholism, unraveling marriages, touch starvation, suicidal ideation, collapse-of-democracy anxiety, Hadean boredom and loneliness, solitary rages and despair.) You could admit that you’d accomplished nothing today, this week, all year. Having gotten through another day was a perfectly respectable achievement. I considered it a pass-fail year, and anything you had to do to get through it—indulging inappropriate crushes, strictly temporary addictions, really bad TV—was an acceptable cost of psychological survival. Being “unable to deal” was a legitimate excuse for failing to answer emails, missing deadlines, or declining invitations. Everyone recognized that the situation was simply too much to be borne without occasionally going to pieces. This has, in fact, always been the case; we were just finally allowed to admit it.

That grace period is almost at an end; the dread specter of normality looms.

Unlike a lot of people, I was never terrified of going broke or getting evicted—the flimsy twin pillars of my existence were government loans and a (way more successful) friend’s apartment. I was also inessential, and so I have been sitting in the same room for the past year. After so long spent doing nothing, the prospect of having to Do Things again is daunting. My new tolerance for human interaction maxes out at about two hours, after which I start getting secretly antsy to be alone on the couch watching TV again. I’m reminded of a film I once saw of a captive gorilla being released back into the wild, huddled away from the open door, afraid to leave the safety of its cage.

Before the pandemic shattered my attention span, I was about halfway through Thomas Mann’s The Magic Mountain, which would’ve made uncannily apt quarantine reading. It’s a novel about a young man, just graduated from college and about to commence his career, who goes to visit a cousin who has tuberculosis in a sanatorium in the Alps for a couple of weeks. He ends up staying for seven years. (We learn this in the opening pages, so this is not a spoiler, Mannboys.) One reason he stays, clearly, is that he prefers life at the sanatorium to life “down below”; it is, as the title suggests, an otherworldly realm, outside of normal time.

This year was like one long Sunday afternoon: society suspended, life on hiatus. It felt like being offstage, or hanging out in the kitchen at a party. My circadian cycle ran amok; I stayed up long after midnight, when the world wasn’t watching, and tried to sleep through the mornings, when I used to write. I liked listening to the warm, amniotic thrum of the dishwasher, like the sound of the car engine when you were a kid, nodding off in the back seat, knowing the grownups would get you safely home. I was grateful for debilitating blizzards and cold snaps, when no sane person would venture outdoors. Recently it was oppressively nice out, 75 and sunny, and I never left my apartment. I’ve come to love the darkness, snug in my cocoon.

Some of this, I know, is symptomatic of depression, currently a secondary pandemic, a societal sequel to COVID-19. I’ve had episodes of depression before, and although I now have a cushion of experience to handle them—I know they’re ephemeral; I know how to endure them and crawl out again—they’re harder to come back from every time. Not because of their perniciousness or tenacity, but because of their allure. The sirens of solitude, idleness, and nihilism are becoming harder to resist.

Once, years before the pandemic, when I had the flu and was laid up in bed, watching movies and drinking Theraflu, it took me a couple of weeks to realize that I was no longer sick; I had just grown accustomed to the flu lifestyle. I had an excuse to indulge the pleasures of slovenly indolence with a clear conscience. “I understand there’s a guy inside me who wants to lay in bed, smoke weed all day, and watch cartoons and old movies,” Anthony Bourdain once wrote. “My whole life has been a series of stratagems to outwit that guy.” 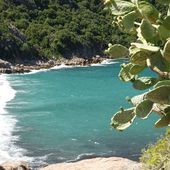 IT Concierge SAS France Projects that have helped our clients succeed

IT Concierge SAS France Projects that have helped our clients succeed