Earlier, I explained how NFTs became so popular — seemingly out of nowhere.

IMO, NFTs are not a fad.

They’re not only here to stay as a new form of digital art, but they’re also going to a foundational technology for how the world will operate in the future.

It may sound like I’m being over-dramatic, but I assure you that I’m completely serious on that statement.

NFTs’ astronomic rise was the culmination of the initial innovation in 2017, the steadily established infrastructure of exchanges & wallets, and macro tailwinds.

It’s the last bucket of macro tailwinds that ultimately led me to become super bullish on the future of NFTs.

I firmly believe two trends will shape the world in the next 10–15 years:

And the arrival of both trends will firmly rely on the technology of NFTs in order to be successful.

What is the Metaverse?

The Metaverse has a lot of varying definitions.

From Wikipedia, the Metaverse is described as a “collective, shared virtual space that is created when the physical realm converges with the virtual realm, which includes virtual reality, augmented reality and the internet.”

Author Neal Stephenson coined the term in his 1992 sci-fi novel Snow Crash. humans in the form of avatars interact with each other in a 3D world.

The term comes from the words “meta” — meaning “beyond’ — and “universe”.

So the Metaverse is an extension of

👉🏼 Think of it as another virtual world that lives in parallel to our physical world — a world that we can freely access through the internet and compatible hardware devices.

The most popular depictions of the Metaverse in popular culture are Spielberg’s 2018 film, Ready Player One, and Spy Kids 3-D: Game Over.

And while the Metaverse can be seen as a game, it can also just be another plane of existence — where we can interact with one another.

The Metaverse is Inevitable

I believe that we’re rapidly moving towards a world where the Metaverse is not only real, but an integral part of our everyday lives.

Before you call me a crazy conspiracy theorist, hear me out.

The ethos behind the Metaverse is the creation of a digital space for us to live, socialize, and work — that transcends the space-time of our physical world.

Doesn’t that sound a little like… a Zoom meeting? Or a FaceTime with friends?

Or even a thread on Twitter? How about a game of Fortnite with friends — while talking on Discord?

During the pandemic lockdown, many of us have been forced to find social connections digitally — whether it be through video calls with friends, or for work using Zoom.

For me personally, I’ve a lot more time on Twitter, establishing connections in the tech and crypto spaces there.

This has led me to realize that activities that I had previously done IRL can now be ported to the digital realm: working, networking, socializing.

And that doesn’t mean there’s no room for IRL meetups. In-person relationships will still be important — especially in the year coming out of the Covid pandemic travel restrictions.

But it isn’t hard to imagine our world moving towards this direction — given all the trends I’ve outlined so far.

Before we define Web3, we have to get a strong understanding of what Web 1.0 and Web 2.0 are.

Web 1.0 was the period time describing the advent of the Internet. When the World Wide Web was still a widely used term, and the dial-up sound was a common and unwelcomed occurrence.

Here, we had the initial surge of interest in e-commerce — leading to the eventual dot-com boom. We also had the first wave of internet browsers like Netscape and messaging platforms like AOL.

Web 2.0 unlocked trillions of dollars of value for the global economy, but in doing so, we — as consumers — gave up a lot of agency over our lives, in favor of the value of the services that a handful of companies provide us.

Today, we suffer from the consequences of that trade-off: handing over our individual freedoms in favor of centralized services.

Our every move is watched by the big tech companies: where we browse, where we shop, and even we are located in the physical world. They use this information to sell us products and nudge our behaviors to benefit their ultimate customer: the advertisers.

More on this dilemma is expertly covered in the Netflix doc The Social Dilemma.

Moreover, we allow these companies to house our information — leading to a single point of failure in the advent of a security breach.

We’ve had our personal and financial information exposed in the Target and Equifax hacks a few years back — with seemingly no repercussions from our governments.

This will continue in perpetuity in an arms race between black-hat hackers and security experts.

As a result, we’re entering a new era of the internet: Web 3.0 (or Web3) for short. An era that champions open, trustless and permissionless networks.

Bitcoin, Ethereum, and other blockchain protocols are the driving force behind the Web3 movement — with the vision of an open financial system in which anyone can build and participate without using gatekeepers like traditional financial institutions.

Let’s think back on the two topics we just discussed: the Metaverse and Web3.

In the Metaverse, people have a secondary digital life, in which they can earn money and spend their leisure time in — unbounded by the restrictions of the physical world.

But if the Metaverse were to exist in a Web 2.0 setting, large centralized institutions like Facebook and Google will only the experience — living in their data centers that can be shut off by their whim, and gathering the data of our lives in order to sell for profit.

Imagine if your whole digital life lived on Facebook and you were only fed news that Facebook wanted you to see. If you said something in the Metaverse that Facebook didn’t want you to see (i.e., in concert with an authoritarian government), they could shut off your entire livelihood — akin to deleting an Instagram account if that account constituted your entire digital life.

If you’re going to live a sizable chunk of your existence in the Metaverse, you may as well have ownership over those digital items.

With Web3, end-consumers take back the ownership of their own data.

Instead of forgoing their data and their privacy to the big tech companies, they’re able to control their own data — living in a cryptographic, decentralized mesh of computers that combine to become a distributed data center rivaling GCP and AWS.

Instead of Facebook owning your digital home, you actually own it. And you own the digital land on top of it. And all of your digital furniture.

And you’re able to do so with the power of NFTs.

NFTs cryptographically prove that you, and you alone, are the owner of your digital items. And no one else can take them away from you.

So now I’m a true believer of NFTs, but not because of its application as art.

Yes, NFTs have cracked the problem of digital scarcity, enabling creators for the first time ever to accurately price and safely distribute their works.

And yes, as a result, NFTs allow artists to monetize their work in a new way, empowering them to cut out money-grubbing middlemen and forming direct relationships with their supporters and fans.

But frankly, I don’t care about art — never have. That’s probably why I was so remiss to embrace NFTs in the first place.

Everything clicked together when I realized that inevitability of the

NFTs are the bridge between the

two movements — a way to allow

ownership of the Metaverse. 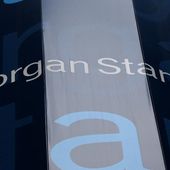