We learned that every country is different

BARCELONA, Spain — Mark Zuckerberg made his second annual appearance at the mobile industry’s big event as a keynote speaker, where he discussed everything from his 3-month-old baby to his love of virtual reality.

Zuckerberg was interviewed on stage at the Mobile World Congress 2016 by Wired’s Jessi Hempel in a Q&A that sometimes left the Facebook founder flustered due to ongoing microphone and feedback issues. Still, a packed crowd came to hear the Facebook CEO just one day after he was mobbed like a rock star at his surprise appearance at the Samsung Press conference.

There was no super huge news, but as usual, Zuckerberg had many things to say. Here’s 10 interesting tidbits: 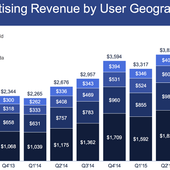